It’s no exaggeration that Google is one of the best-known brands in the world.

Now, the company has set its sights on a new target: ecommerce.

Google isn’t a newcomer to this sector, mind you. Although it’s not as well-known as larger marketplaces like Amazon and eBay, the company has maintained a (comparatively) small ecommerce solution for some years now, known as Buy on Google. However, it hasn’t been a serious contender, lacking both the reach and recognition of larger platforms.

That may soon change.

As reported by the Retail TouchPoints blog, the company has recently engaged in multiple new partnerships, including Shopify, WooCommerce, GoDaddy, and Square. Google also announced in a blog post dated May 18 that it’s significantly expanded its ecommerce capabilities, with the ultimate intent of democratizing ecommerce. However, according to Joe Goldberg, Chief Commerce Strategy Officer at public relations firm Publicis, there are two likely reasons the company has waited until now to make this announcement.

“Google is clearly reacting to two overlapping trends,” Goldberg told Retail TouchPoints. “Changes to mobile privacy tracking (Apple IDFA), and the looming depreciation of third-party cookies, is making it harder for digital advertisers to reach a profitable audience, which could have a derogatory impact on Google’s ad business. And the pandemic permanently shifted more spending online, which means the fight for advertising platforms to earn the dollars from advertisers seeking digital commerce outcomes is intensifying.”

Amazon has remained at the top of the eCommerce market for years, trailed distantly by Walmart and Costco. With its established, global fulfillment network and comprehensive product catalog, Amazon has remained largely unchallenged. As a result, it simply isn’t possible for niche companies to compete.

Google, though, could be a powerful contender for several reasons.

First, people already use the search engine to make online purchases over a billion times each day. The catch is that most of these purchases are currently made via external websites, with Google simply acting as the go-between. If the company were to pivot, it could generate significant revenue and deprive multiple competitors of those transactions.

Second is the fact that Google doesn’t simply own search. For many, it is search — the primary means by which one browses the Internet. And though per The Markup the company has experienced legal problems  in the past for prioritizing its products over legitimate results, its dominance in search nevertheless represents a considerable competitive advantage in the ecommerce sector.

After all, if Amazon can prioritize its products over those sold by third-party merchants, why can’t Google promote its ecommerce offering over those of its competitors?

There’s also the sheer size and scale of Google. But, again, Amazon’s position in ecommerce is primarily tied to its fulfillment network. It represents the company’s main competitive advantage and is one of its unique selling points.

A company like Google could feasibly afford to create a supply chain to rival even Amazon’s. Given that by Google’s own admission it aims to eliminate barriers to entry such as fees

Finally, many Amazon sellers have in recent years become increasingly frustrated with the platform and how the company treats them. They’d feasibly leap at any alternative, particularly one they recognize. This influx of merchants from Amazon to Google could further upset the balance of the industry.

What Will Actually Happen

The notion that Google might overthrow Amazon is a lofty one. As is often the case, however, the reality is likely much more grounded. I expect that the recent changes Google has made to its shopping experience coupled with its new partnerships will have the following impacts:

See also  Importance and Features of the Partition Magic and How to use it?

Alternatively, Google’s partnerships and updates might not change a thing. Parent company Alphabet does have its fair share of failed projects, after all. There’s therefore a chance, albeit a relatively small one, that this entire venture might flop and end up going the way of Google + and Google Glass.

In this case, however, that seems unlikely.

Google is one of the largest, most profitable companies in the world. It’s a market leader in multiple sectors, including video streaming, advertising, search, smartphones, and web browsers. So it’s not inconceivable that it could also conquer ecommerce too.

“We want to help people discover, learn about, and shop for the products they love,” writes Bill Ready, Google President of Commerce and Payments. “Having a deep understanding of the world’s products is just one piece of the puzzle. To help more merchants get discovered, it’s important that we support like-minded partners who share in Google’s mission to democratize ecommerce.”

Whatever the consequences of Google’s pivot, there’s one thing we can say with certainty — the impact will be significant, even if the venture fails.

“Christopher Moore is the Chief Marketing Officer at Quiet Light, which specializes in helping clients sell their internet-based businesses. Additionally, he founded Gadabout Media LLC to inspire, educate, and unite others by creating visually stunning content for clients.” 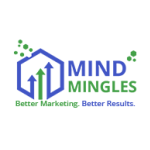 How EarthLink Has Created A Safer Internet For Families

What is an Adware Attack?