Why do we have a big decision to make regarding Hearthstone Esports?

“Hearthstone is an esports game with 2 main revenue streams, sponsorships and media rights. In the future it’s going to have a 3rd stream from viewer contributions”. “But some changes to the game will cripple our ability to grow revenue. If we want Hearthstone esports to stay healthy, we need a decision on how Blizzard wants to move forward.”

Viewership is largely driven by the success of the most popular streamers. Sponsors sign up for them and give them money in return for promotion in-stream and in-game.

At the moment, a Hearthstone esports streamer is typically streaming 30 hours a week. The most popular streamers are also doing YouTube content which takes up another 25 hours to 35 hours per week. This means that up they’re spending upwards of 65 hours per week on promoting themselves and their sponsors.

Sponsorships are the biggest revenue stream for Hearthstone. In 2015 reports estimate this was as high as $40M in revenue, which was about 35% of all Hearthstone revenue. Yet as according to our information by Blizzard that they plan to significantly reduce the amount sponsors can give to streamers from 2017 onwards. Although they haven’t told us how they plan to do this.

What are the Media Rights of Hearthstone Esports?

It’s difficult for a 3rd party website to hold major tournaments and make revenue from advertising. With the introduction of the Blizzard streaming platform – it will be possible for media sites to charge a subscription fee, but there are no details on what that might look like or how much it would cost.

In 2015, the only major site to run a large Hearthstone event was Viagame. They paid $300k+ in prize pools across three events and made a profit of just 1%. No 3rd party websites have received any other support from Blizzard.

A media rights deal with Twitch expires on December 31st 2016, and we’ve been informed by Blizzard they plan to exclusively run all Hearthstone esports through the streaming platform that they control.

The fourth revenue stream is from viewer contributions. This has worked well for other games such as League of Legends, Dota 2 and CS: GO in the past. Viewers can buy cosmetic items in-game and support a specific player or team. Also a percentage of the revenue goes to the teams, players and Blizzard (so that they can continue to develop great esports content).

We’ve approached Blizzard about this, but thus far, there has been no reply. We’d really like them to consider opening up this option which could help fund salaries for their pro players and provide another revenue stream for the Hearthstone esports scene.

How we make a decision on Hearthstone Esports?

“We can choose to take Blizzard up on their offer to run our tournaments exclusively through the streaming platform that they control and avoid additional costs, but this will dramatically reduce our ability to grow viewership and increase revenue from sponsors.” “In turn, this means we will be unable to pay players salaries or offer any prize money, which would result in the loss of most pro players (and their audience).” “Or, we can choose not to run with Blizzard and try to find other ways to work around this situation. Giving us the ability to negotiate more effectively with sponsors, but it is likely that our viewership will decrease, which means we’ll make less money from sponsors.” “We don’t think either of these options is good for Hearthstone. We’re still optimistic that Blizzard wants to create an amazing esports scene, and if they truly believe in it, then there’s a chance they may change their mind on how the game is monetised. They’ve never altered their monetisation strategy for Starcraft, so it’s unlikely they’ll change it just for Hearthstone.” “However, if Blizzard continues with these rules, then we have very little choice but to run tournaments that are only open to the top few per cent of players around the world. At this point, our ability to grow the scene is limited by the number of players with large followings, but our ability to grow revenue is limited by the number of viewers.

We don’t think that’s a healthy position for Hearthstone Esports.” 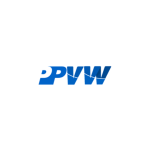